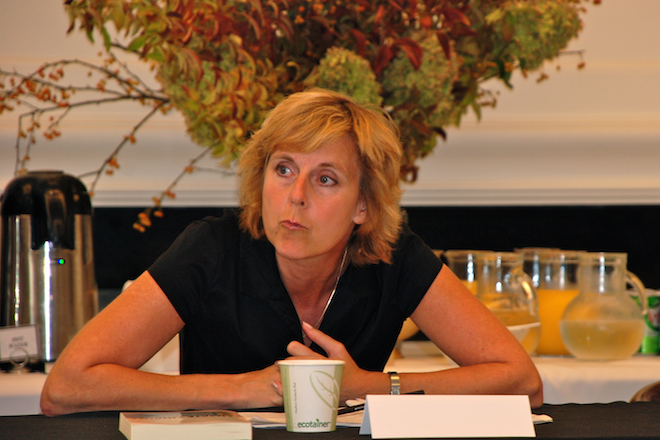 On September 23, the Global Climate Finance Project at NYU Law hosted a consultative workshop on climate finance with Connie Hedegaard, the European commissioner for climate action. Hedegaard discussed issues relating to climate finance with a group of NYU professors and fellows, as well as colleagues from Columbia University, Dartmouth College, Environmental Defense Fund, the Peterson Institute for Economics, the World Resources Institute, and the Regional Greenhouse Gas Initiative.

Climate finance (the provision of public and private funds to finance climate mitigation and adaptation) is at the heart of the ongoing international climate discussions. A global deal on climate change will not be achieved without developed and developing countries agreeing on the amount, sources, and governance arrangements for climate finance. The commissioner emphasized the importance of effectively delivering the $30 billion in “fast-start finance” pledged in the Copenhagen Accord last year as a means of building trust between developed and developing countries, and promoting the legitimacy of ongoing negotiations.

Hedegaard confirmed the E.U.’s conviction that market forces, such as domestic cap-and-trade systems, will play a crucial role in addressing climate change. Participants discussed how to link domestic cap-and-trade markets in the future, particularly as the political process in each country was likely to lead to the emergence of several markets with very different design features. A number of participants were pessimistic that U.S. cap-and-trade legislation would be passed in the near future, and discussed the possibility of other avenues for regulation and harmonization.

The workshop engaged in lively debate on a number of other contentious issues, including the institutions and MRV structures for climate finance, the use of border carbon adjustments, the U.S. domestic political obstacles to implementing proposed international levies (for example, on bunker fuels), and the role of corporations in the current climate change negotiations and in any future climate finance regime.