Over half of the world’s population now lives in cities, and this share is expected to increase in the coming decades. With growing urbanization, cities and their residents face substantial environmental challenges such as higher temperatures, droughts, wildfires, and increased flooding. In response to these pressing challenges, some cities have begun to develop local environmental regulations that supplement national and environmental laws. In so doing, cities have stepped into a role that has been historically dominated by higher levels of government.

Global Sustainable Cities takes stock of the policies that have been implemented by cities around the world in recent years in several key areas: water, air pollution, greenhouse gas emissions, and climate adaptation. It examines the advantages—and potential drawbacks—of allowing cities to assume a significant role in environmental regulation, given the legal and political constraints in which cities operate.

The contributors present a series of case studies of the actions that seven leading cities—Abu Dhabi, Beijing, Berlin, Delhi, London, New York, and Shanghai—are taking to improve their environments and adapt to climate change. The first volume of its kind, Global Sustainable Cities is a critical comparative assessment of the actions that major cities in the global North and South are taking to advance sustainability. 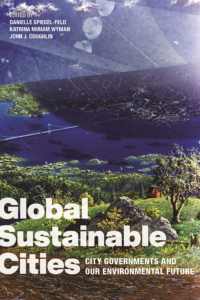